The Gran Canaria Government has announced an ambitious project to rescue the Maspalomas sand dunes. The dunes are threatened because natural wind patterns have been disrupted by resort development over the last 60 years. The plan involves moving sand and installing sand barriers that slow down sand movement and allow it to build up naturally.

Maspalomas sand dunes in danger due to sand loss

The sand dunes behind Maspalomas and Playa del Inglés beaches may look magnificent but they are slowly shrinking. Experts say that the dunes, a site of special scientific interest and a nature reserve, are losing sand at a rate of 45,000 cubic metres per year. In fact, the highest dunes are believed to have shrunk by several metres over the last 60 years. Before the Playa del Inglés and Campo Internacional resorts were developed,  the wind used to cycle sand through the dunes. However, the resorts now block this natural wind cycle and sand blows into the sea and is lost from the dunes. The Gran Canaria government plans to stop this loss with a pioneering project, called Masdunas, to replenish lost sand and slow down its movement. The hope is that Masdunas will stop the loss of sand and protect the dune ecosystem and the rare animals and plants that live there. 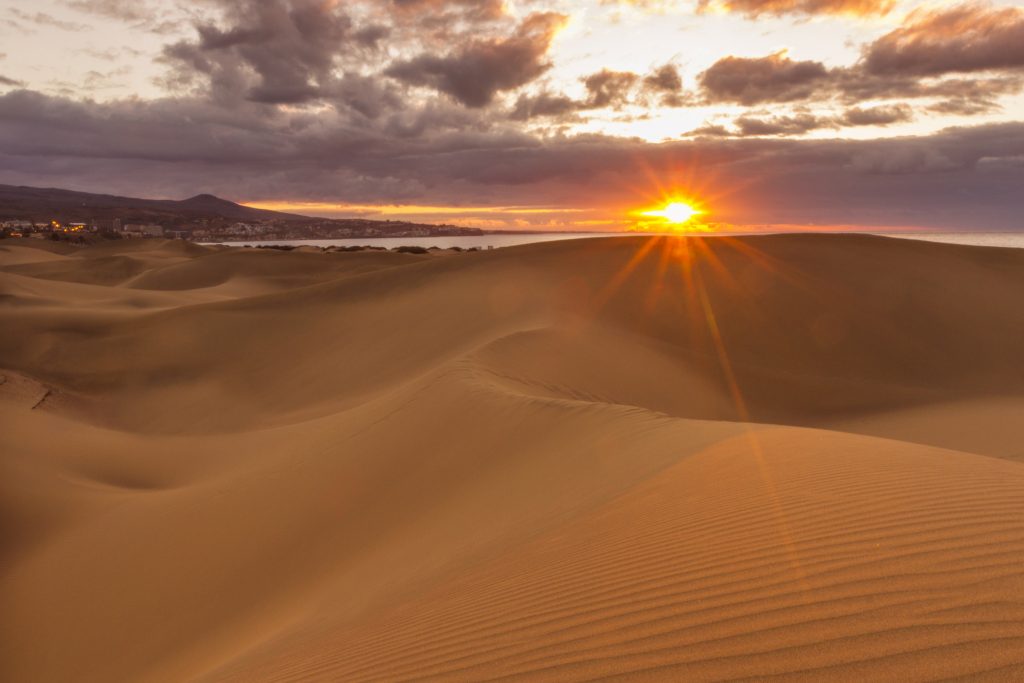 The initial phase of the project has a budget of 1.155,000 euros. The plan is to move 60,000 cubic metres of sand from the shore at the Punta de la Bajeta back to the east end of the dunes in Playa del Inglés. The Punta de la Bajeta is the spit of sand that forms the dividing line between Maspalomas and Playa del Inglés beach. It is also where sand from the dunes disappears into the deep sea. The government will also install 78 experimental sand capture devices that stop sand from blowing off the dunes. It will also plant 350 native plants called balacones (Traganum moquinii). This native plant has the ability to trap sand with its roots and encourage the formation of new dunes. After the first experimental transfer of sand, which takes place in October 2018, the government plans to study sand movement levels. This will allow it to judge the amount of sand it needs to move each year in order to stabilise the sand dunes. Sand transfers will take place at the quietest times of year for tourism and will occur at night. Another part of the recovery project is to restore the eight kilometres of footpaths that criss-cross the dunes and to encourage people to use them. While people walking on the sand dunes does not affect them, trampling can damage native plants and speed up sand loss. 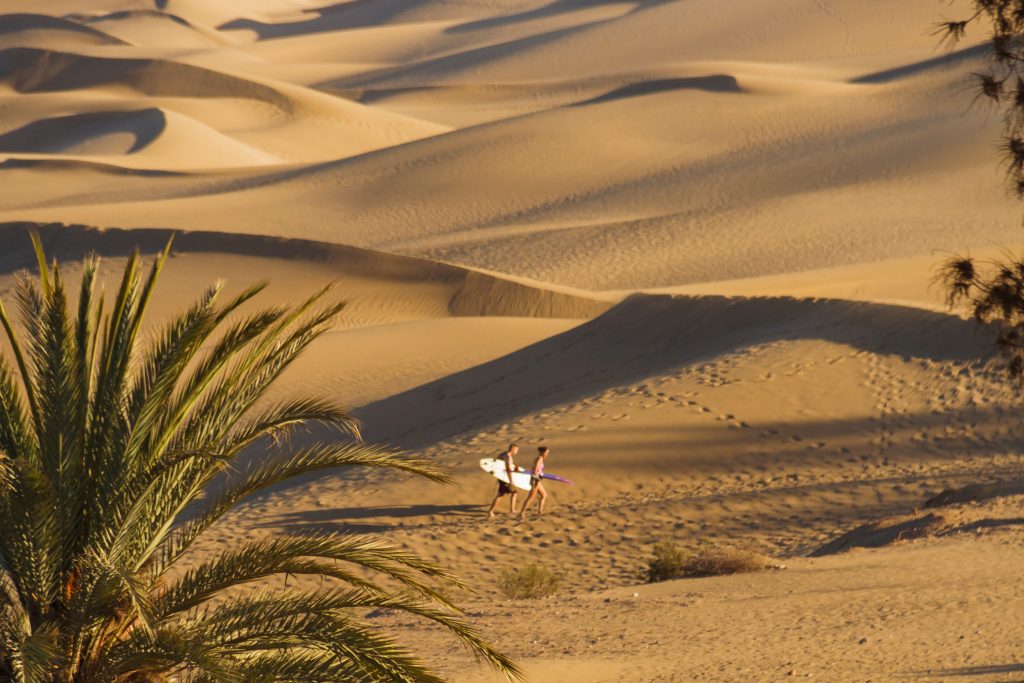 The fascinating history of the Maspalomas dunes

A leading theory about the origins of the dunes is that they formed suddenly in 1755 due to a huge Tsunami in the Atlantic Ocean. This wave destroyed Lisbon on All Saints Day and killed up to 100,000 people. Geologists think that it also altered the sea floor in Maspalomas and piled up the sand that today form the Maspalomas sand dune and lagoon ecosystem. Samples of the soil under the dunes show that they formed quickly and there is no mention of dunes at Maspalomas in any of the historical chronicles before about 1800. Before tourism, the dunes were much wilder than they are today and the lagoon was much bigger. Early naturalists that visited the dunes in the 19th Century reported ducks and terns breeding in the dunes and large number of migratory birds. Until the 1960s when tourism started, the dunes were surrounded by wheat and tomato fields. 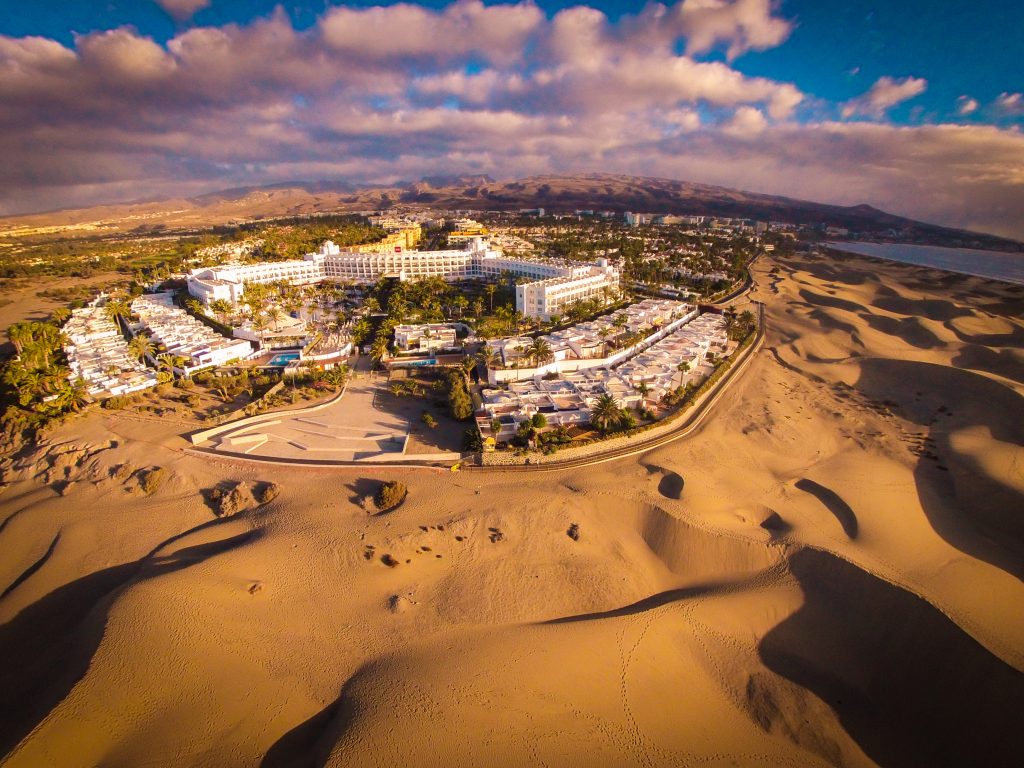 Sign up for our monthly newsletter to get all our newly listed properties plus the latest market information.

Don’t miss the opportunity to join more than 9,000 subscribers looking to buy and sell property in Gran Canaria. It’s the perfect place to find out about the latest properties and market information.